Magician, Singer and Story Teller: Clare T. Ashley, Owner of Balloonogram.com Chicago Singing Telegrams (773) 776-0800 Clare Ashley - "The Magic of the Nightingale" competed internationally in the summer of 2006 at FISM - Stockholm, Sweden: The World Championships Of Magic. She has amazed them with her magical story telling of "The Irish in America" at many nursing homes and Senior Centers in Illinois. From performing at 100's of birthday parties, to winning "The People's Choice Award" at the Windy City Magic Competition At Navy Pier and the "Stage Award For Magic" At the Houdini Club Convention, Clare has mystified thousands in the Chicagoland area with her "Raven And Shaman Stories, Mythological Tales from Native American Folk Lore." At the May 13th Magic Masters Banquet, Ms Ashley will perform "Two Raven Stories" The first, along with her narcissistic black cat puppet "Halloween The Magnificent!" the pair will perform the comical poem parody "The End Of The Raven" by Henry Beard, including puppetry, storytelling and caterwauling. The second, "How Raven Become The Creator God In The Native American Pantheon" an Inuit legend; Ms Ashley will perform a serious piece of storytelling magic with classic magical effects, illusions and some really good singing." Thanks very much! Clare T Ashley (773) 776-0800 "How Raven Became The Creator God In The Native American Pantheon." An interpretation in Magical illusion ~ by Clare T Ashley, "The Magic Of The Nightingale" "Humankind has not woven the web of life, No. We are but one thread within it. Whatever we do to the web, we do to ourselves. All things are bound together. All things connect. We are a part of the earth and it is part of us." Chief Seattle. ~ Born October 26, 1959, the child, Clare T Ashley was sure she'd be a star. So it was a bitter irony to find I was an impoverished single mom mom working as a waitress and bartender in 1983. That winter, a guy we called "Yukon Joe" gave me my first break into entertainment. I went to work as a singing telegram messenger for Sargeant Yukon Singing Telegrams. I had two skills at the time: I could sing and I could play the Autoharp; both skills served me well dressing up and performing singing telegrams. Joe was big on work and low on pay. It was not surprising that a year later, at Christmas, Joe called me up and said: "I got a clown show for you." Stunned and unsure of myself, I replied: "Joe, what do I do?" He said come over to the office and pick up a clown suit, some make-up and a wig. You can stroll and play the Autoharp, it will be easy. It was! Clowning opened many doors for me. I met clowns at every gig. As a group clowns are hugely warm-hearted and helpful. Rarely do you meet a clown who is secretive or full of envy; almost all the clowns I've known are anxious to share their skills and happy to help a young person grow. So, little by little, bit by bit, I learned to face paint, to twist balloon animals and the thing that was to change the course of history, my history anyway: MAGIC! I decided to learn the skills that would allow me to become "Rainbow The Magical Clown."
claretwilltriumphPosted in balloonograms, Blogs and product descriptions, Celebrity Impersonators, Same Day Singing Telegrams, Singing Birthday Telegrams, Singing Telegrams 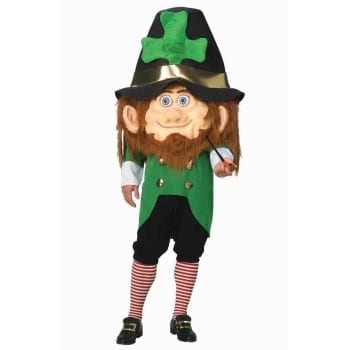 Hire Magicians, Magic shows, Balloon Artists – Book Your Next Event a Party of Pure Magic. Book Now. Quality Clowns & Magical Entertainers Interactive Close-up Magic ~ Interactive is the word and you are the essential element. Without an audience, the magic simply doesn’t happen. In my style of Card Magic, you’re not just picking […]

Do NOT follow this link or you will be banned from the site!